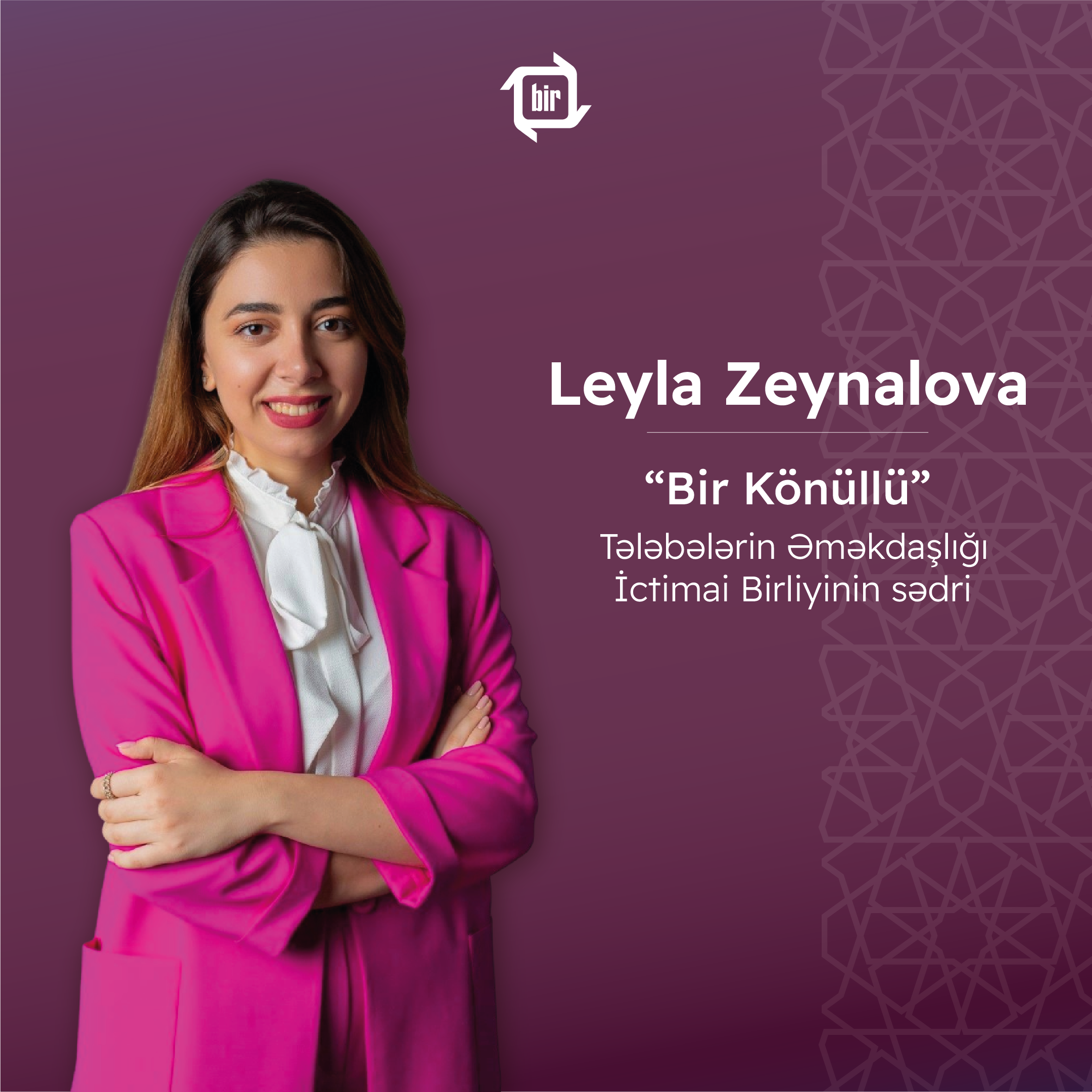 Leyla Zeynalova was elected as the new chairperson of the One Volunteer Students’ Cooperation Public Union.

Based on the results of the general assembly elections held in the “One Volunteer” Students' Cooperation Public Union, the new chairman and administrative board of the public union were elected. Leyla Zeynalova has been holding the position of deputy chairman of the Public Union before she replaced Ulvi Alizadeh in the position of the new chairman of the Public Union. Leyla Zeynalova received her bachelor's degree education at Azerbaijan University of Languages in 2018-2022. During her study years, she has been an active participant of many local and international projects and internship programs. In 2018, she started her volunteering journey in the "One Volunteer" Organization, and from 2019-2021, she executed the role of project manager of the organization, became the head of important projects in the direction of the development of volunteers, and ensured the active participation of student-volunteers in the implementation of important educational projects.

We congratulate Ms. Zeynalova on the occasion of the new beginning and wish her new successes on the projects in the direction for further development of students and increasing social activity during her leadership of the Public Union!